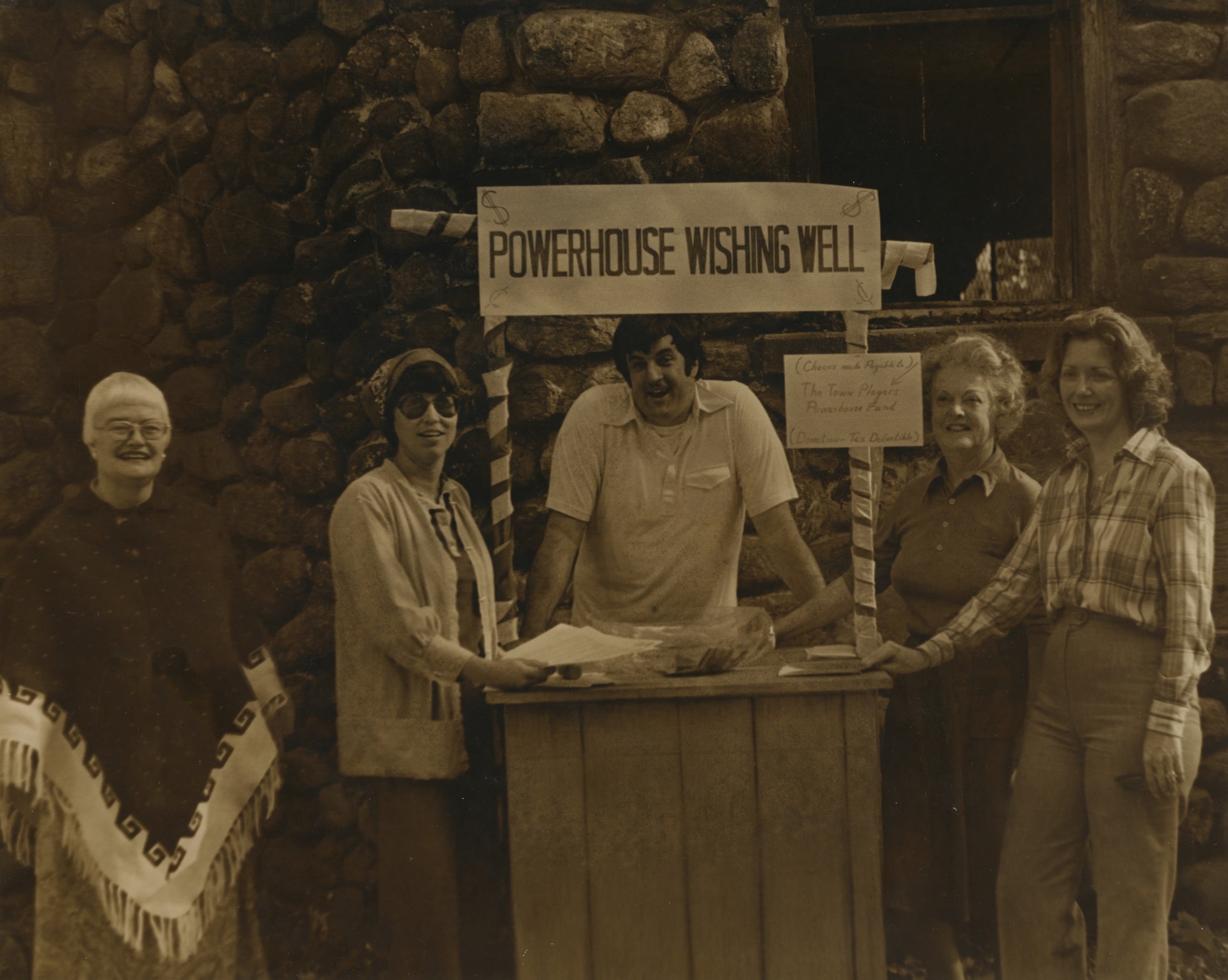 The Town Players of New Canaan was formed in 1946 with broad support in the town and with the financial backing of the Lion’s Club. For nearly four decades, auditions and rehearsals took place at Town Hall, and performances were given at churches and schools throughout New Canaan.

From the beginning, many productions were directed by experienced theatre professionals such as Bob Dixon, Gordon Allison, and Tony Bickley. The core of the group, however, were community members — and this mix of professionals and dedicated amateurs continues today.

In the early 1980’s, the Town Players of New Canaan proposed to the Town that it take over and renovate the abandoned Powerhouse in Waveny Park and transform it to a full-time community theater. The Town approved the proposal. The task of raising all the funds privately, restoring the Powerhouse, and converting it to a theatre was a monumental effort that involved hundreds of volunteers. The Powerhouse Performing Arts Center opened on March 18, 1983.

Have an upcoming recital, concert, or performance and need a space to perform? If you are interested in renting out the 115-seat Powerhouse Performing Arts Center, just email us at: info@tpnc.org and somebody will be in touch with you soon!